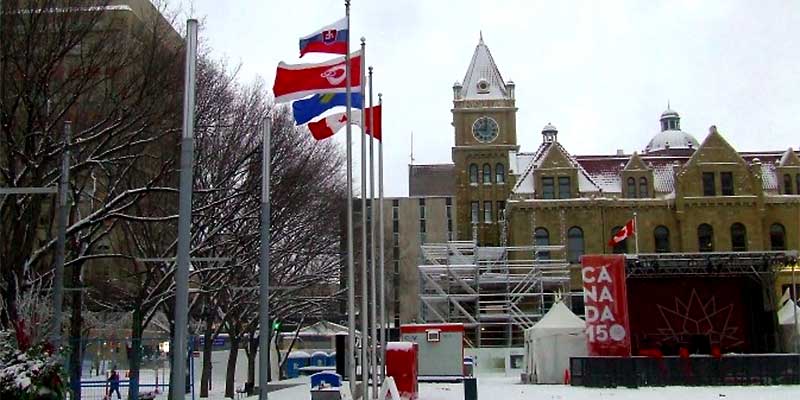 A snow storm on New Year's Eve made traffic in Calgary and the surrounding area difficult, but a group of patriots made it to the City hall in Calgary so that the Slovak flag could fly for the 24th time since the independence of the Slovak Republic on New Year's Day, 1993.

Because the original Old City Hall is undergoing renovations, Slovak flag has flown on a new mast and because of construction work it was raised at sunrise by City hall security. Organizer Palo Beňovský from Branch 65 of the Canadian Slovak League in a short speech highlighted the importance of Slovak independence and its amazing economic growth, despite the many obstacles from adversaries of independent Slovakia.

Canadian Slovaks can be proud that this tradition in Calgary was not interrupted even after 24 years.

Happy new year to all our all friends from Calgary.