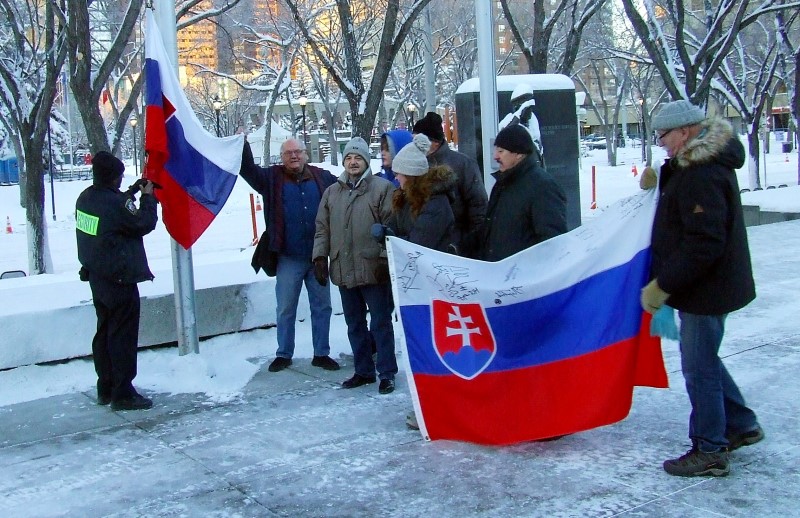 On this New Year's day, Slovakia celebrates the 25th anniversary of its independence. Although on New Year's Eve it was so cold, -31 deg. C, that Calgary had to cancel all external celebrations, in the morning it was already much warmer and the Slovaks in Calgary could again raise the Slovak flag in front of the City Hall, for 25th year in a row. The city administration was very welcoming and issued the necessary permit, thus the security service unlocked the honorary mast at sunrise and helped us to raise the flag, which will fly there for the whole New Year's day.

After the New Year's Eve celebrations, not many people want to get up so early to atend the sunrise ceremony, yet there are always plenty of enthusiasts who keep this New Year's tradition in Calgary alive.

From Calgary, we wish you and Slovakia a beautiful New Year!