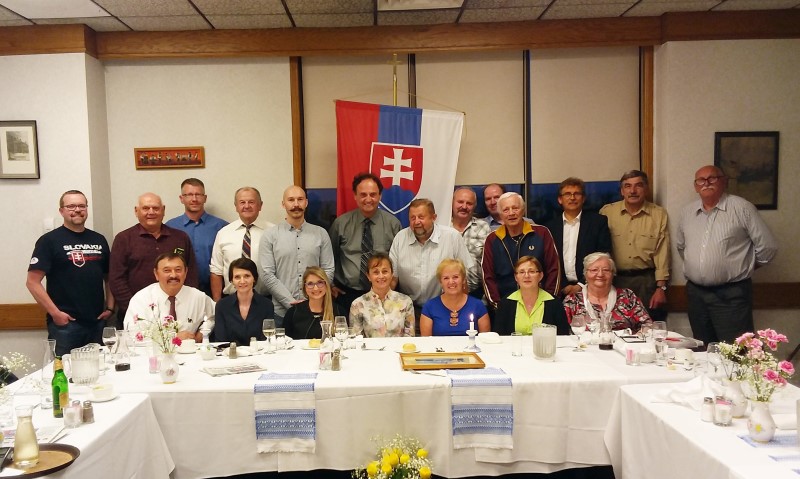 JUDr. Štefan Harabin, Slovakia's Supreme Court Judge, a Presidential Candidate in the last elections, former Justice Minister, and a very popular blogger, YouTuber and a contributor to several Slovak Internet publications is on a personal visit to Calgary. We were very pleased that he accepted an invitation from Branch 65 of the Canadian Slovak League in Calgary for a meeting over dinner.

At the Austrian Club in Calgary on Thursday, June 27, we had an interesting discussion at a dinner with traditional Austrian-Slovak specialties, including good beer and wine. Dr. Harabin and his wife Gabika, answered many questions, not only on topics about justice, rights, and politics, but also from their personal life and experiences. We also discussed a number of topics in an interview, which is published below.

Dr. Harabin also introduced his new book Heart and Conscience, whose subtitle is Dialogues About The Problems We Are Forbidden To Talk About. You can be sure that nobody will ever be able to prevent Stefan Harabin to talk on any topic, and our meeting with him was really fascinating.

Dr. Harabin and his wife Gabika also signed the Slovak Flag of fame, signed by prominent guests of Branch 65 for over twenty years, among them the Stastny brothers, Peter Sagan, and Nasťa Kuzminová.

We wish Štefan and Gabika Harabin a pleasant rest of their Canadian holidays, and our thank you for a wonderful evening.