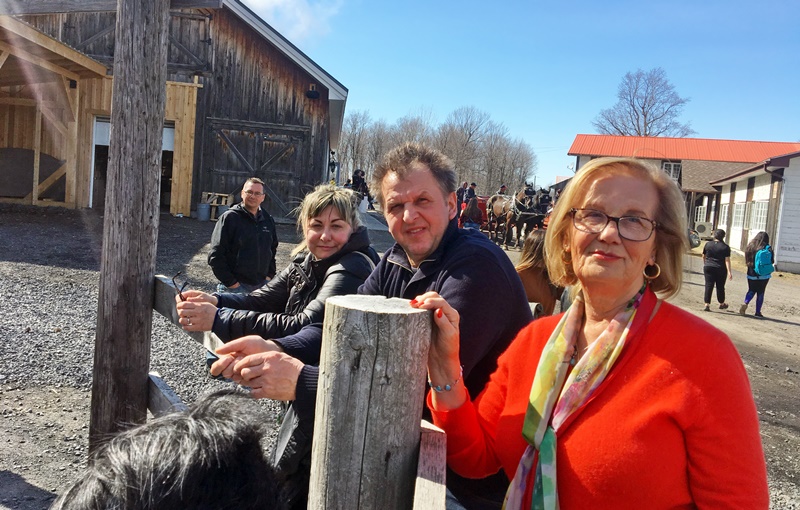 We haven't had regular contributions from Montreal for a few years. New contacts have been established at the 34th Convention of the CSL, hence we hope to regularly inform you also about Slovak events from Canada's second largest city, of which a large and active Slovak community is an integral part.

Better late than never, we report on some previous events in La Belle Province.

CSL Branch 2 organized a trip in April to St. Gregorie to sample this year’s maple syrup. We were fortunate in the choice of the date because after a hard winter we've finally had the first wonderful sunny day.

The bus was waiting for us at the church and we had a skillful driver who circumvented all the obstructions on the roads and so we have arrived early. As we had to wait a bit for those stuck in traffic, some took the opportunity to enjoy the warming sun and took a walk in the woods or simply turned their faces to sun. Others spent some money in the boutique for maple syrup products.

The merry atmosphere continued on the return trip to the church. Our gratitude to the organizers of the succedssful event. We look forward to next year. No doubt the syrup will be again most tasteful to us.