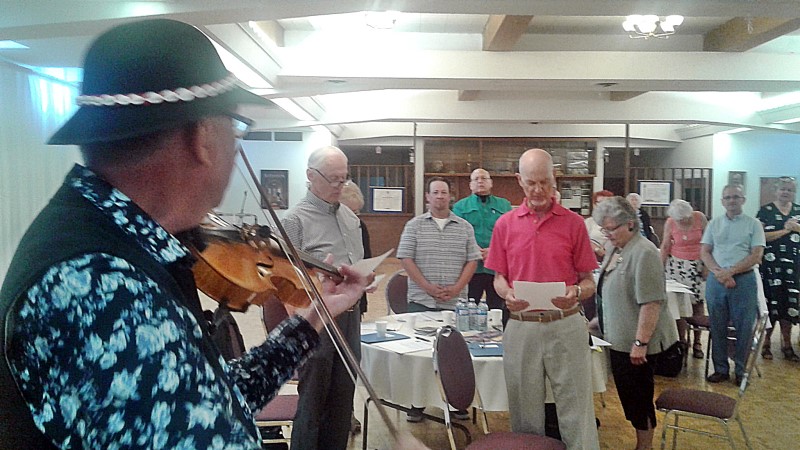 Delegates from the nine active branches of the organization, from Montreal, Welland, Toronto, Kitchener, Ottawa, St. Catharines, Sarnia, Windsor, and Calgary were welcomed by Kornélia Kozma, president of the local CSL branch in Montreal. At the beginning, the famous violinist Juraj Slovák and poet Richard Poloma presented a cultural program.

The Covid-19 pandemic greatly dampened the activities of the CSL for the past two years. Many traditional events and fundraisers could not take place. Inflationary pressures are sharply increasing the costs of publishing the Kanadský Slovák newspaper, which make it impossible to continue publishing a hard copy, so a transition to digital publishing is planned from the New Year. President Stolárik pledged to start a fund-raising campaign for the continued publication of the newspaper with a donation of $1,000. Janet Mrenica presented a proposal to change the organization's status to a registered charity, which would direct the organization's activities more towards cultural, educational and self-help goals, and such a status would improve the possibility for financial support and tax benefits for donors, and the organization itself. The delegates elected a committee that will prepare a draft of new statutes that will meet the conditions of government regulations for charitable organizations. The committee has to prepare everything in 18 months, when an extraordinary convention will be called to approve the transformation. The delegates approved two  by-law changes, one providing for the Branches to financially contribute to the operations of the Board of Directors; and secondly that future conventions and meetings of the Board be held electronically to save on travel expenses. Other proposals for the running of the organization were also accepted, for example the creation of a Finance and Audit Committee.

Finally, a new Board of Directors was elected. Although several members of the current Board wanted to step down, the delegates appealed to them to continue for the next 18 months until the Special Convention, so that their knowledge and expertise would help in the effort to successfully transform the League. The delegates elected the new Board as follows: President: Mark Stolárik; Vice-President: Kornélia Kozma; Secretary: Mária Dinga; Treasurer: Anne Ladouceur: Recording Secretary: Viera Šebeňová; and Chair of the Audit committee: Emily Bohunický. The other two auditors will be chosen by the Branches later.

The Convention ended with the oath of the new leadership and the hymn „Kto za pravdu horí.“