Sean Adams has been close to the Slovak community since his youth and is now serving as the Canadian Slovak League's interim lawyer. We are pleased that his City of Cornwall and the rest of Canada think as highly of him as we do. Sean Adams, former Citizen of the Year,Â  was nominated for this award for his countless community involvements and fundraising efforts, including the Children’s Treatment Centre, Cornwall Community Hospital, St Lawrence College among so many others.

He has a close connection with world hockey. In 2004 he organized the Stardrive Charity Golf Tournament in Morrisburg, Ontario that featured members of the Slovak hockey team playing in the World Cup of Hockey Championship games. Participants played golf, enjoyed a Slovak feast, watched the Domovina Dance Group from Windsor perform, and bid in the auction of hockey equipment and other valuable prizes. The tournament raised thousands of dollars for children's hospitals in Ottawa, Cornwall and Slovakia.

He also helped the Slovak Embassy put on a display ofÂ  Slovakia's Art at which Marian Stastny, one of his good friends, madeÂ  the opening speech. Sean is working to publish a Slovak cookbook, taken directly from his grantdmother's hand-written notes. 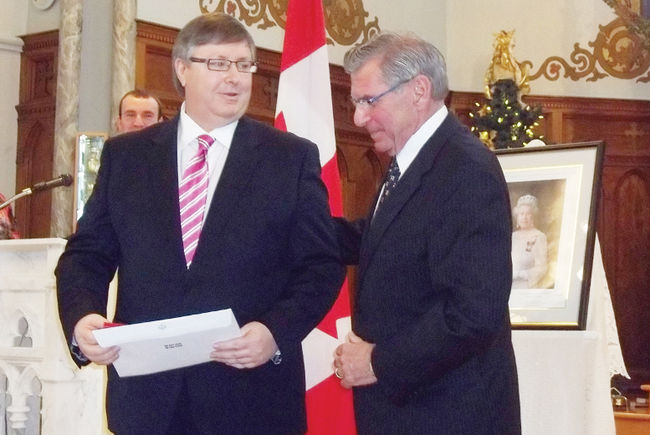