On July 30, 2015, a public ceremony was held at the Riverwood Conservatory in Mississauga in recognition of Eric Oberhauser's original artwork to be featured on 100 MiWay public transit buses (nearly 1 in 4 buses) for one year. The illustration, Connecting Mississauga— MiWay, was selected for first place in the Commute | Commune Design Competition (Phase 1) by a jury from the Art Gallery of Mississauga (AGM), MiWay bus service, the City of Mississauga, and Lamar Advertising.

The creative and brightly coloured artwork depicts interconnections between people and communities via MiWay's public bus service and promotes Mississauga. As a surrealist mosaic, the illustration highlights the city's modern and historic landmarks as well as natural scenery. A duality of meaning is portrayed with two diagonal bands of colour. The top blue band of colour represents MiWay's Express blue line and the 'sky', while the orange band signifies MiWay's Local orange line and the 'ground'.

On the left-hand side movement is represented by an adapted MiWay logo, a bus tire, and dashed traffic lines, while on the right-hand side newly stylized font spells out "Mississauga" in a variety of bright colours reflecting the city's cultural diversity which is the home of Carassauga—Festival of Cultures. A visual story of today's City of Mississauga emerges for MiWay commuters and viewers when the artwork of swirling and intertwining imagery is seen from left to right:

1. A large glass atrium at Square One Shopping Centre points out a thriving commercial space (the second biggest mall in Canada) with a proudly displayed Canada Flag. Square One Mall adjoins the Central Bus Terminal— the busiest bus hub in the city;
2. The bicycle represents physical and sporting activities along several green space routes (bicycles can be transported on the front of MiWay buses);
3. A typical wooden gateway of Mississauga parkland with the inscription "Parks + Recreation", a perched bird, and a variety of trees indicating parks and wildlife;
4. The University of Toronto at Mississauga (UTM's) stone entrance monument reflects a centre of academics and advanced research and learning;
5. The iconic and curvaceous 'Marilyn Monroe' Towers (Absolute World Towers);
6. Mississauga City Hall and Clock Tower;
7. The newly revitalized Erin Mills Town Centre's colossal glass sphere;
8. The main entrance of Mississauga Central Library;
9. The Port Credit Lighthouse with rolling waves along the shore of Lake Ontario next to an impression of the meandering and lively Credit River;
10. The Living Arts Centre: a heart of cultural and artistic performances including visual arts, drama, music, and comedy;
11. 'The Montreal House' (established in 1821) and nearby Streetsville Village Clock which represent the heritage and history of the city;
12. Pearson International Airport with control tower and a plane in flight: a vital transportation link located within the boundaries of Mississauga and a key defining attribute of the city.

The words "Commute + Connect" are found within a bright green oval. Surrounding the tips of the plus sign are four arrows reflecting MiWay's multi-directional service— which even offers public bus service to and from the airport!

Eric Oberhauser's Slovak Roots:
The artist's maternal grandparents, Maria (Mary) (née Mačeas) (1912-1996) and Valentine Pisko (1902-1957) were Slovak immigrants to Canada. They both came from the same village of Veľké Rovné, near Žilina, Slovakia. When Mary Mačeas was only six years old she became an orphan as the Influenza Pandemic of 1918 claimed the lives of her parents in Slovakia. She and her four siblings were raised by their selfless paternal aunt Paulina Mačeas. Valentine (Valent) Pisko first immigrated to Canada in 1928, and Maria (Mary) arrived in Canada in 1934. They married in St Mary's Church in Toronto in 1934, and had five children. They first moved to a homestead in Hunta (near Cochrane, Ontario) and then settled in downtown Toronto by the early 1940s. Valent was a wire-worker (a discipline also called 'tinkering') whereby wires are used to mend or repair damaged tools, household utensils and cookware, particularly during challenging economic times. He was very hard-working, traditional yet had an entrepreneurial spirit. Mary was a homemaker and wonderful cook. She was a truly kind-hearted and generous soul of unconditional love.

Valent and Maria Pisko became founding members of the original Saints Cyril and Methodius Slovak Roman Catholic Church on Claremont Street in Toronto. Church was of central importance to them. Mary was part of the Rosary Club and attended mass regularly. Both of the artist's maternal grandparents struggled throughout their lives to build a better future for themselves and their beloved family.

Visit the Art by Oberhauser website at www.oberhauserart.com to see paintings and sculptures created by Eric Oberhauser and to learn more about the artist. 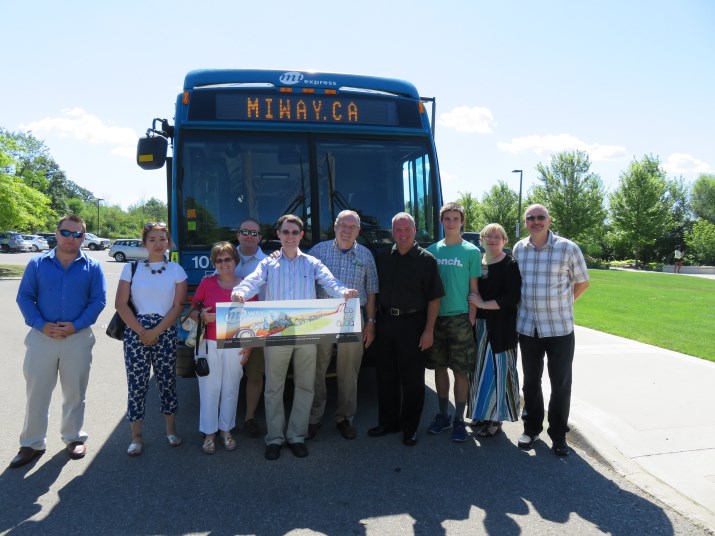