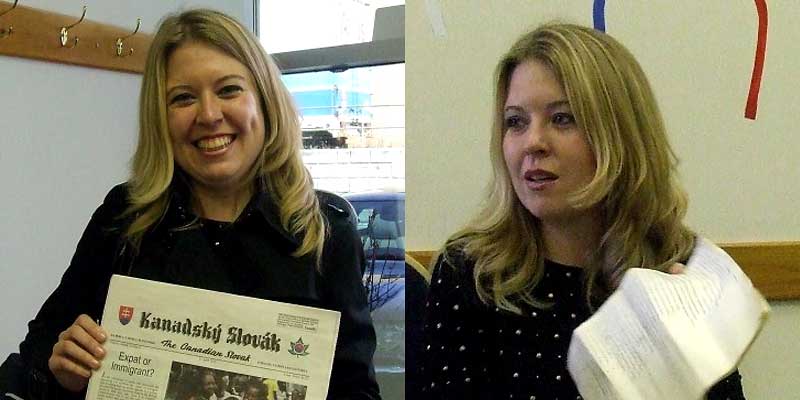 On June 8, 2016, the "Parliamentary Friends of Slovakia" group of parliamentarians held its inaugural meeting on the Parliament Hill. The group was constituted on the initiative of the Slovak Embassy in Ottawa with the active support of Michelle Rempel, MP of Slovak heritage. Ambassador Andrej Droba also attended the opening session and greatly appreciated the interest of MPs and Senators in the development of Canadian-Slovak cooperation.

The emergence of the group reflects the traditionally excellent relations between Slovakia and Canada and documented a strong interest in their further deepening. The Group aims to establish new contacts and promote all forms of cooperation between the two countries, not only at parliamentary level. Michelle Rempel was chosen as President of the group. The Co-Chairs are Jennifer O'Connell and Don Davies.

The group has to date 22 members representing all major political parties of Canada and the two chambers of parliament.

In the illustration photo, Michell Rempel shows old immigration documents from the arrival of her grandparents from Slovakia to Canada, during her 2015 visit to the offices of The Canadian Slovak and Canadian Slovak League .