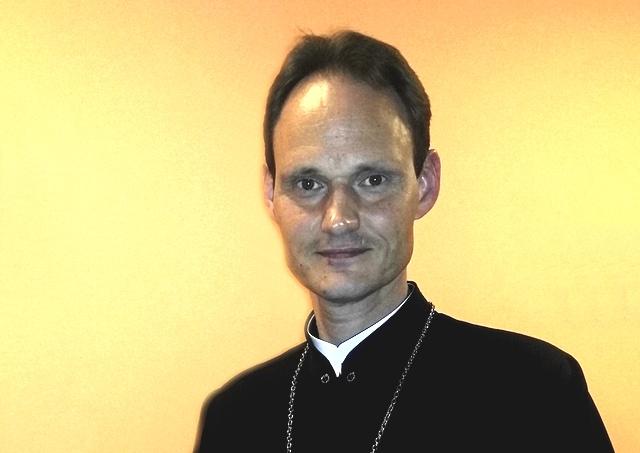 The Apostolic Nunciature in Slovakia announced that the Holy Father Francis had appointed Father Marián Andrej Pacák, CSsR, currently the spiritual administrator of the chapel of the Most Holy Trinity of the Redemptorist Sisters in Vranov nad Topľou - Lomnice, the eparchial bishop of the Diocese of Saint Cyril and Method for the Slovaks of the Byzantine Rite in Toronto Canada).

Father Marián Andrej Pacák was born on April 24, 1973 in Levoča. He has eleven siblings, of which two brothers are priests. He is a member of the Congregation of the Most Holy Redeemer - Redemptorists: He made his eternal promises on August 16, 1997. He studied philosophy and theology in Krakow, Tuchow and Rome (1991-1998) and was ordained on July 12, 1998 at the Redemptorist Monastery in Michalovce. At the Lateran University, the St. Alfonso Academy in Rome, he graduated postgraduate studies specializing in moral theology.

He has worked as a spiritual clergyman in the parish of Stará Ľubovňa (1998-2001), a spiritual religious order in the Cleopatra of Redemptorists in Rome, near the parish of St. Joachima (2001-2004), Editor-in-Chief of the Missionary and Missionary Publishing House in Michalovce (2004-2008), and Vice-Chancellor of Economics (2004-2007), Ignatius of the Redemptorist Monastery in Stará Ľubovňa, and the administrator of the local Greek Catholic parish order in the Redemption Center of Stropkov (2015-2016). Since 2016, he has studied at length the canon law and the law of Eastern Churches at the  John Paul II Catholic University of Lublin, and acts as the spiritual administrator of the Chapel of the Holy Trinity of Sisters of the  Most Holy Redeemer in Vranov nad Topľou - Lomnica.