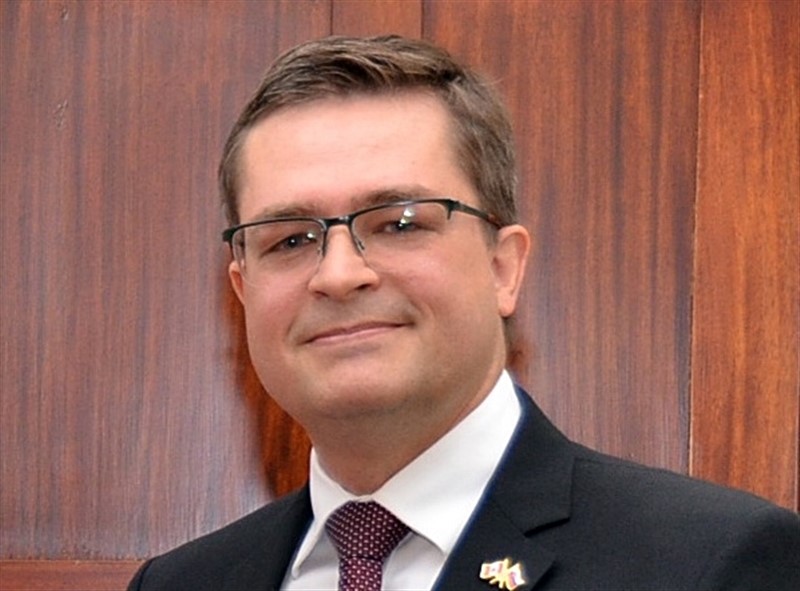 During his visit to Calgary, Ambassador of the Slovak Republic to Canada, His Excellency Vit Koziak, sat down with The Canadian Slovak for the following interview:

Vít Koziak: Signing the free trade agreement has a positive impact on exports. I do not have the exact figures handy, but overall the European Union has increased its export to Canada by more than 10 percent. CETA is very important for Slovakia, because Slovakia is a very open, pro-export-oriented country. More than 80 percent of our GDP is generated from exports; therefore, Slovakia very much welcomes CETA. So far, it has not been ratified in Slovakia but it is fully applied and ratification will soon take place. The agreement is fully supported by Slovakia and is, of course, also used by Slovak exporters.

VK: The issue of elections is a matter of legislative change; a legislative proposal must be submitted to pass through the government and the National Council. At least on the issue of presidential elections, there is an effort by the government to allow people living abroad who have Slovak citizenship to vote in the presidential elections. Prime Minister Pellegrini expressed himself in the sense that the government will deal with this issue seriously. I believe that this law will change and that, like our compatriots with Slovak citizenship abroad, diplomats will also be able to vote.

KS: Please tell Prime Minister Pellegrini that when he comes to Canada to visit, we'll ask him about it.

I hope you have enjoyed the performance of the dance groups Slniečko and Slnečnica during the meeting in Calgary. Their success is also the result of support provided by the Ministry of Foreign Affairs and European Affairs through Office for the Slovaks Living Abroad. Our commitment and efforts are great, but often there is no money to buy folk costumes, musical instruments, and other expensive needs. Please convey to Bratislava that this financial support helps us very much and that we are very grateful for it. This is how we can set up projects like the Slovak School, which is relatively easy, but then, for example, getting textbooks and other tools would be very difficult without the financial support from Slovakia. We would like to thank you, as a representative of the Slovak Republic, and I hope that this cooperation will continue to develop.

VK: The performance of dance groups was excellent. I can only confirm, as I said in my speech, my aim is to support the compatriot community. Before I left for Canada, I spoke about this with the President of the ÚSŽZ, Mr. Varšo. At every opportunity the Slovak Embassy and I personally will support projects for the compatriot community, for which also the Slovak government contributes through the Office. I see myself how very important it is to support the efforts of compatriots to maintain their customs, traditions, Slovak language and Slovak identity, here in Canada and from my experience in every country where the Slovaks live.

KS: Thank you very much for the interview and I wish you a pleasant stay and work in Canada.

Photos from the official visit of Alberta: Dr. Eva Hadzima