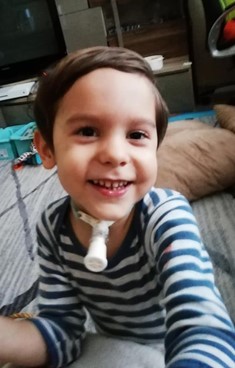 A few days ago, I received a phone call from Saška Bangová, wife of the well known Slovak "Bocelli" Maroš Bango, whom we know from their three concert tours in Canada and the USA. "Milan could you help"? - and told me a story which I have decided to share with you.

This appeal is about a 4-year-old boy Sebastián Janitor. The boy has been fighting for his life since birth, battling a very rare disease which doctors not only in Slovakia but in most of the world cannot cure. When Sebastian first stopped breathing, he was resuscitated and the carousel of examinations began ... At first, Sebastian's doctors tried help with at least a medication, but nothing helped and respiratory arrest were more frequent until he ended with a tracheostomy on artificial lung ventilation; later in childhood the Cardio center in Bratislava had to surgically insert a pacemaker. Currently Sebi encounters new complications such as swallowing disorder and epilepsy as a consequence of oxygen deficient brain damage. Diagnoses in the reports are increasing and doctors say that his condition is so rare that it cannot be categorized with a particular diagnosis.

Parents, however, do not give up and found, on the recommendation of European Physicians, a competent expert in rare diseases in the distant city of Boston, Professor Russell W. Jennings. He already performs surgeries on small children using a procedure that is not as invasive as they do in Europe for operations of this type. Unfortunately, this type of surgery is not performed anywhere else in the world.

The professor suggested an overall solution, which meant for them the hope they didn't get throughout his whole life. It involves several specific surgeries that would finally enable Sebastian regular breathing.

The enthusiasm for hope to save their son's life, however, froze at the last line - Treatment, operations and related expenses amount to EUR 800,000 (1,180,000 CAD). It's a huge amount to pay, which not only parents, but no charity in Slovakia can afford.

Nevertheless, the family was able to raise money and turned to anyone who could help, and to date 355,611 Euros have been donated.

One of those who didn't hesitate for a moment after they were approached by the TA3 television channel to cooperate in publicizing Sebinko's story, were blind husband and wife artists, Saša and Maroš Bango, who, with their singing art and life story are breaking down public prejudices about the success of disabled people. Thus a plan was born.

Mr. and Mrs. Bango, in cooperation with TV TA3, will be on Easter Sunday, April 4, 2021, at 6:00 p.m. CET (12.00 p.m. EDT in the USA and Canada) to broadcast an ONLINE concert, during which the moderator Saša Bangová will also talk about little Sebastián and asks all people of good will to contribute to the demanding but the only one possible treatment in Boston.

We believe that thanks to good people, the boy will be cured and will be able to live a full life and will enjoy your family for a long time to come.

On behalf of this family, we thank in advance all those who will help with love. Every single euro is a hope for Sebinko's next breath.

THE LINK TO MAROŠ BANG'S LIVE BROADCAST WEBSITE IS: 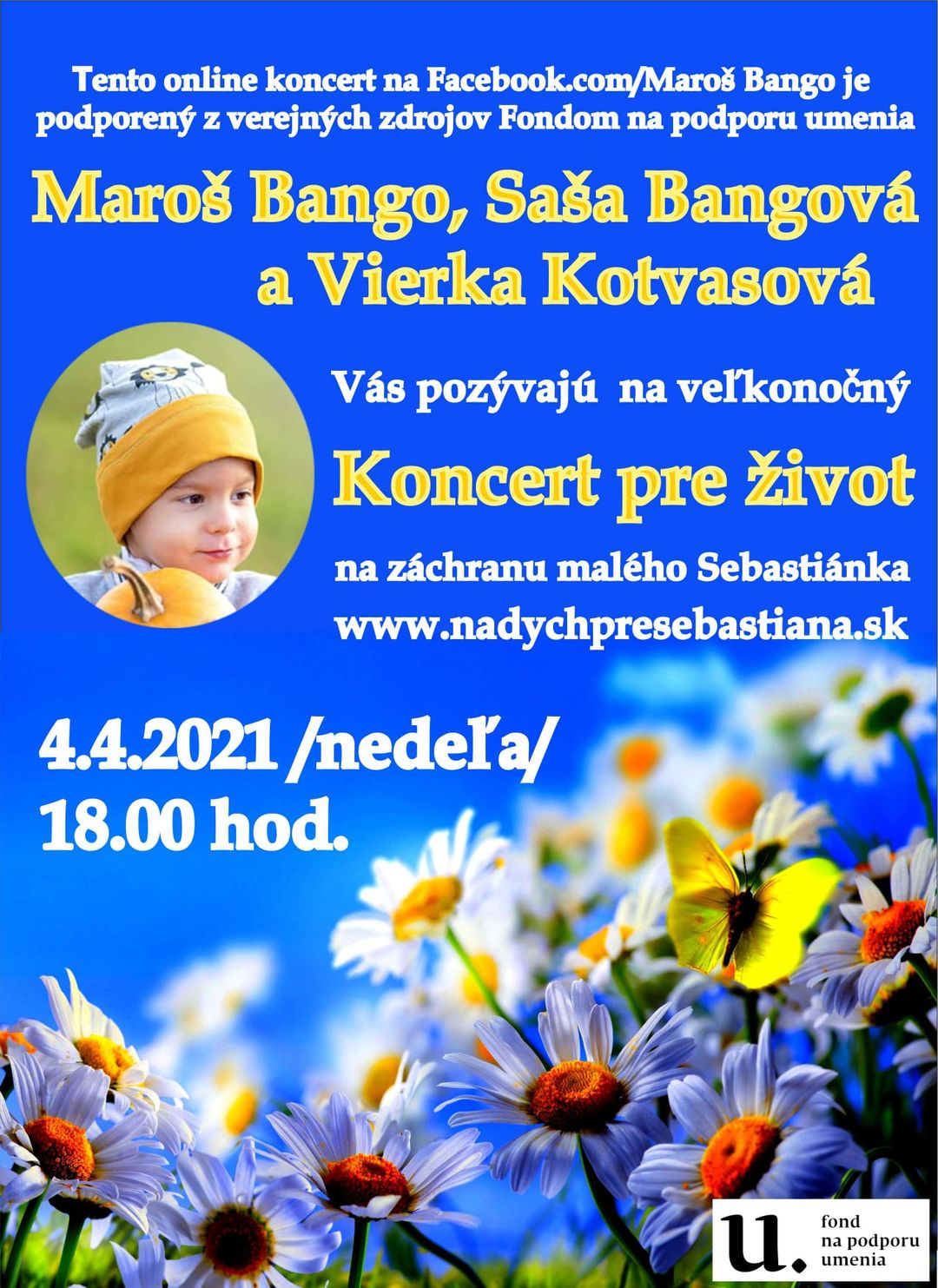 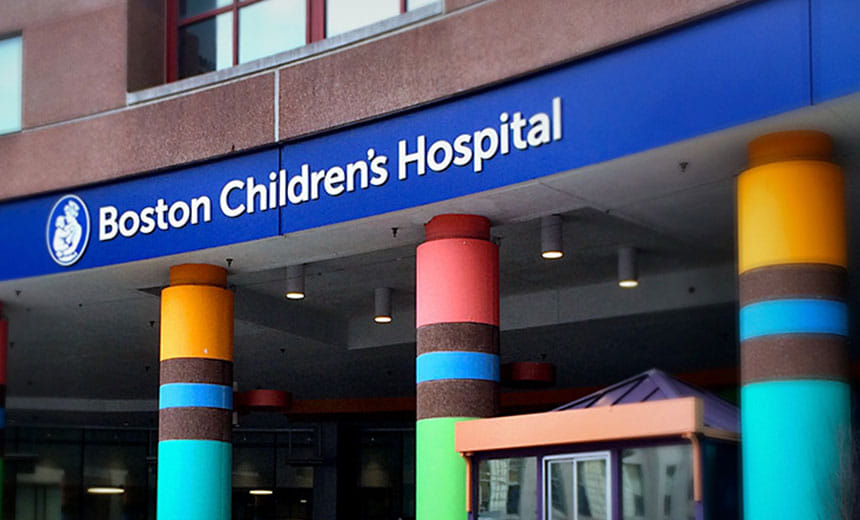